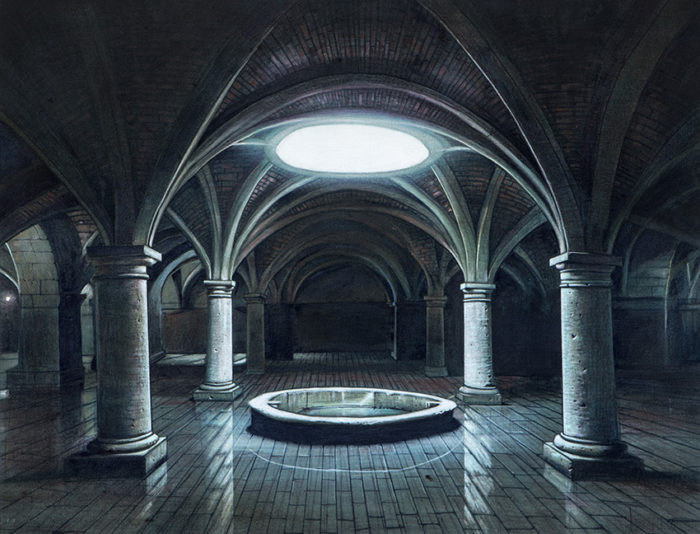 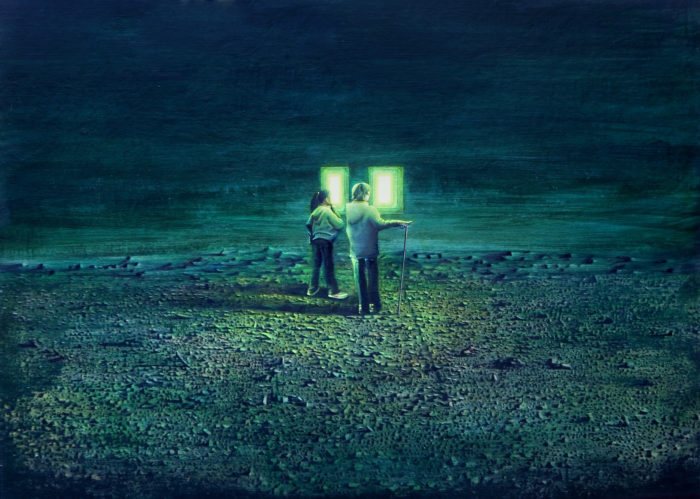 The fascination of pictorial art about the phenomenon of light comes from remote times.
Different cultures, since ancient times recognise it as the origin of the divine and of life itself. And it is these impulses – intellectual, emotional and metaphysical – that have marked my work in recent years. This is the reason why light is a constant element in my work and whose facets I have dedicated many hours to explore. The light dominates and decisively influences all my paintings, completely defines the space and structure of the compositions. But it is necessary for light to act with all its splendour, it is essential to create its opposite element: deep darkness; without it there is no contrast. Some of my most recent works are devoted to pure light and the impact it produces in its immediate surroundings. It is my particular tribute to an essential, irreplaceable and purifying element of our existence.
On the other hand, whoever has observed my paintings will have perceived that my work is regulated by a transparent and clear geometry that contributes in a decisive way a visual order to the scenes of my paintings. The ambiguous and semi-empty spaces reflected sometimes in my works of art aim to contribute to the flexibility of the personal interpretation of the observer, sharpening his mind and his gaze to provoke the evocation of magical and unknown realities that invite him to emotion and reflection .
Finally, the voluntary reduction of the range of colours wants to convey to the content of my paintings the greatest possible nakedness: without adornments. I am a profound admirer of the aesthetics of absence and a radical supporter of art expressing itself without cheating and with all its inner strength.
My purpose is simply to invite the viewer to approach my work as if he were starting a journey through an unknown planet, riddled with bewildering images in which restlessness merges with calm; the air with the water; the mysterious and distant silhouettes with the light of life. If I manage to transport you to a subtle realm above reason, and remain in your retinas for a long time after the contemplation of the picture and function as a mirror of the soul, my goal is fulfilled.