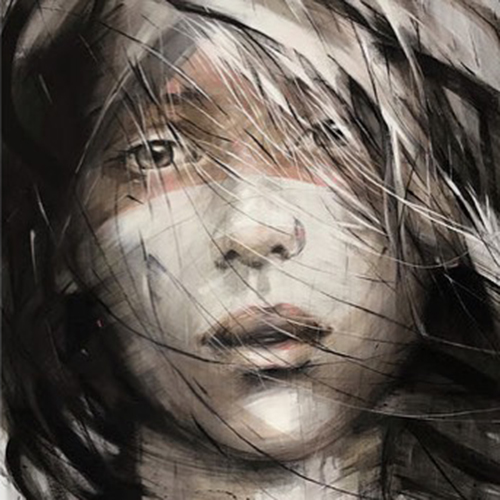 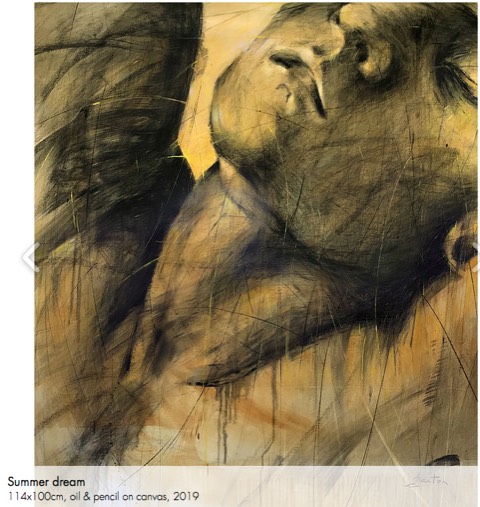 Ewa grew up in a creative environment, surrounded by the brushes and paints used by her artist mother.  Ewa studied painting at the academy of art in Poland.  She also studied and completed her degree as an artistic director and worked for a time as graphic designer. Painting has always been part of her life. Even though she had devoted herself exclusively to painting for 10 years, it was a meeting with the choreographer Evelyne Jolivet after her move to Nantes, which defined the true orientation of the subject of Ewa Hauton’s paintings.  They managed to find a common language that inspired them both.  Movement and an expression of life were incorporated into the canvases of the artist.  After having met Jolivet, the paintings of Ewa Hauton revolved around the human body, and more specifically, the feminine form in  all its movement. She mixes ink and paint in a manner that is both crude and delicate at the same time and revels in large formats that enable her to display movement.